Update on the Nebraska Spring Fires

The Rocky Mountain Incident Management Team along with the Nebraska Emergency Management Agency provided an update Sunday afternoon on the fires that crews have been battling for the last few days.

Road 702 Current Situation:
The Road 702 Fire is estimated at 50,000 acres.  A Multi-Mission Aircraft (MMA) from Colorado is currently flying the fire and will be able to provide a more accurate size as well as identify locations within the fire area where hot spots exist. This will allow firefighters to focus on areas that still pose a risk to life and property.

As a fire gets larger and additional resources are brought in, the fire is broken into geographic areas called Branches and Divisions to help focus suppression efforts and to help with supervisory span of control. We will use these terms in our updates to provide specific information about each part of the fire perimeter. Branches and Divisions will be shown on the fire maps.

Branch I (West side)-  Branch I encompasses the area from Cambridge west along the fire edge and south to Lebanon, NE.  Firefighters in this area are continuing to secure existing firelines by mopping up any hotspots that remain.  Primary areas of concern are timbered draws, especially in the Republican River breaks.

Branch III (East side)- Branch III encompasses east and south perimeters of the fire from Cambridge south to Wilsonville and into Kansas.  Firefighters in this area are continuing to mop up and secure the fireline along the Republican River and US-6 working south towards Wilsonville. Areas of concern are timbered draws and hay bales near the fire edge.  Additional operations personnel are scouting the fire edge south of Wilsonville and coordinating with resources in Kansas.

Other Fires Around the State

Elsie Fire, Perkins, and Dundy counties
Four fires on farm grounds and cattle grazing land near the Lincoln County line and highway 23 burned nearly 5,000 acres and is 90 percent contained. Four firefighters suffered non-life-threatening injuries while fighting the fire. The Elsie Fire Department is demobilizing.
Burt County Fire
The Burt County Fire started near Lyons and continued to Macy. Several houses were threatened and there has been loss of structures. Eighteen 18 VFDs responded. Winds were blowing 60 MPH. Macy was evacuated and a shelter in set up at the Walthill School, but the evacuation has now been lifted.  The fire is 75% contained. Four injuries (one hospitalization) were reported all non-life-threatening and one fire truck was destroyed.

Scotts Bluff County
The Scotts Bluff fire was out as of 1 p.m. on Saturday. One non-residential structure was lost and eight power poles were down resulting in three to four residents without power.

Cheyenne and Duele counties fires
Three fires that started between Sunol and Lodgepole (between Ogallala and Sidney) resulted in the evacuation of some rural residents. The fire was three miles from the Colorado border. Northwest wind gusts of 65 mph helped spread the fire. There were some power and communications losses as a result of the fire which was reported extinguished as of midnight.

Purdum fire in Blaine, Cherry, Brown, and Thomas Counties
Five fires of unknown sizes were reported in this region. The Wildland Incident Response Assistance Team responded as well as 20 volunteer fire departments were on the scene. There are reports of two or three damaged fire trucks. Most mutual aid has been sent home and a small crew is doing mop up and the fire was considered out as of 1 p.m. on Saturday.

Rising City Fire
A fire at 2670 D Road in Rising City started Saturday when a frontend loader bucket sparked on a concrete pad next to a hay facility. The fire spread to calving sheds rapidly. Two firefighters were sent to the hospital for smoke inhalation and a few firefighters were treated for eye irritation. The fire was believed to be extinguished around 2 a.m. Sunday but flared up late morning Sunday due to wind changes. Approximately 100 calves were lost. There was damage to the hay facility and several calving sheds. 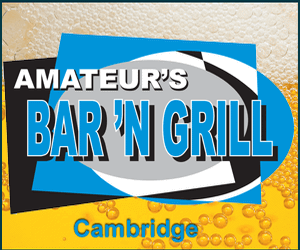